Now he is Six 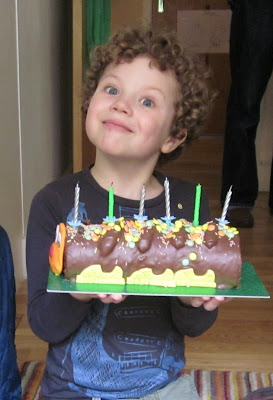 Preparations for our son's sixth birthday party began in earnest two days ago, but planning began way back in January with Buddy's Big Idea.
We had a meeting where we put all his party ideas down on paper. We were so impressed by his vision and enthusiasm that we decided to say yes to as many of his suggestions as we could - especially those which might be realised with little or no expenditure.
And so a couple of days ago we decorated our home with colourful paper, cheap sheeting fabric and whatever else we could find around the house to create a world for the guests at...
Buddy's Birthday Explorer Party.
The living room became the jungle with a cave under the table, and in this cave was a sleeping bear and a treasure box with lights (a very important detail, it had to have lights). 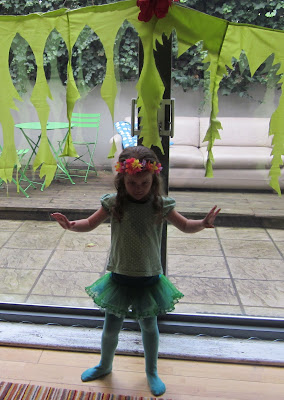 The hall was transformed into the savannah, the master bedroom a lions' den and the children's room became a mountain peak. Buddy and Daisy made the signs, including one for the loo. 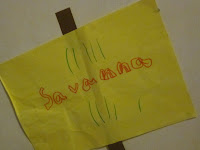 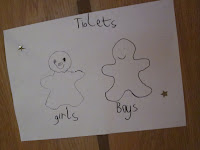 When everyone arrived for the party (10 children in all) they each received a map and we began exploring.
First we followed a spider's web from the jungle up to the lions' den. Here we found a parcel which we had to pass around and unwrap layer by layer to get the next clue and to recover the lost jewels (actually marbles). 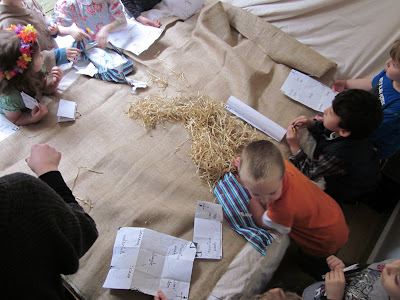 Our next clue led us to the mountain peak where each explorer had to hide one of the jewels in a vehicle they created from Lego. This kept them all busy and calm for at least twenty minutes. 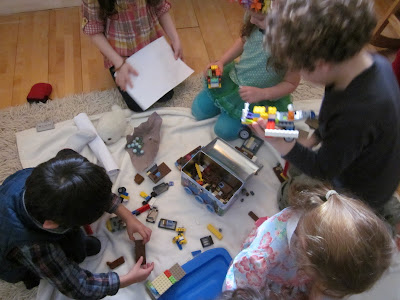 The next clue set them off on safari; pictures of wild animals had been sticky-tacked all over the walls of the house. Nearly all the animals were found and collected - eventually. 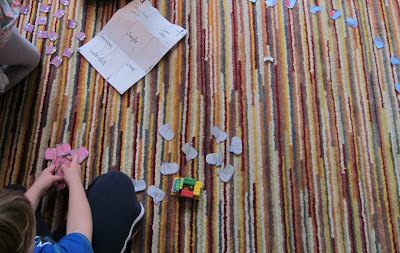 Next we were back in the jungle with some loud music. Stickers were given out for explorers who gave us their best dance moves and for those who could keep as still as a statue when the music stopped. This wild game got us really close to the cave and to the treasure.
Then the birthday boy and Arnie (who had collected the most stickers) were chosen to go into the cave and turn on those lights...
Shhh...
Don't wake the bear
Yes, there's a treasure box in there!
Much scrabbling and screaming later the treasure box was brought out of the cave and dramatically opened. Finally everyone got some well deserved loot; toy snakes and tiaras, puzzles and sweets came tumbling out of the box and disappeared in a flash. 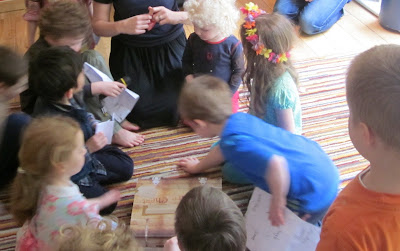 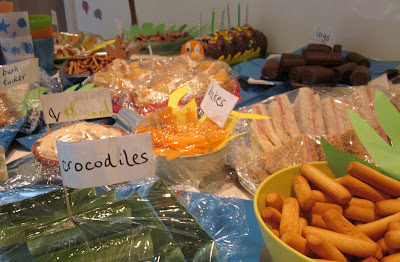 A game of sleeping lions and more wild dancing signalled the end of the party. Everyone left with with animal stickers, more Twiglets, a pouch of marbles and of course, a slice of caterpillar cake.
Phew. 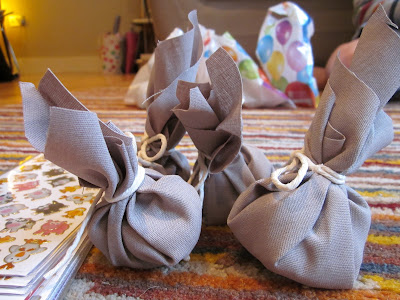 We are really exhausted of course, but think our efforts to give Buddy a great party have been absolutely worth it. He has a post-party glow about him today and I love that he keeps telling everyone,
'Do you know? I'm now officially Six.'
That sounds like one satisfied customer to me.
Posted by Julia Deering at 11:44