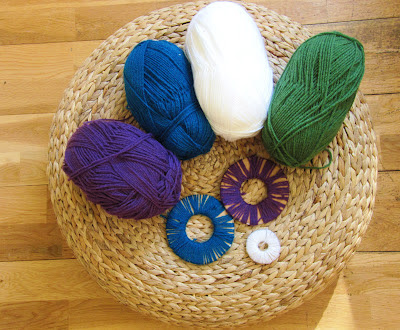 We were picking up a few groceries from our local shops when the heavens opened. We made it home just before the real show began though; a huge and prolonged storm with spectacular lightning, great monster-roars of thunder and persistent, heavy rain. The children, clearly shaken by its ferocity, retreated to their bedroom. Once I'd established that they had each found some cosy occupation to distract them from external goings-on, I had no other choice but to begin the arduous task - which I'll admit I'd been putting off since our return to London - of unpacking.

Resignedly, I emptied our suitcases, listening to the rain pouring and the thunder rumbling. But then I tuned in to another thunderstorm - one that was being described by Stephen Fry - and it was coming from my children's bedroom:

"As night fell, the promised storm blew up around them. Spray from the high waves splattered the walls of the hut and a fierce wind rattled the filthy windows...The storm raged more and more ferociously as the night went on. Harry couldn't sleep."

Buddy and Daisy had found a great way to block out the noise of the rain - by listening to the audio book of JK Rowling's Harry Potter and the Philosopher's Stone. As I peeked into their room I could see two very happy children busy and playing as usual, but in total silence. They were clearly immersed in the world of the wizards, and oblivious to the angry weather outside.

Once I'd finished the unpacking, I joined them - I love Harry Potter - and I brought with me our little pompom-project bag, which I'd put by for such an occasion, but which hadn't been touched for weeks. They found the sight of me happily working on my pompom irresistible, and soon they joined me in a bit of wool winding while we listened to Harry's adventures.

So, not only did no-one get scared by the storm yesterday, but I got my unpacking done and we finished our rainy-day craft project at last. Here are the super-soft and wonderfully tactile Pompom Pets. 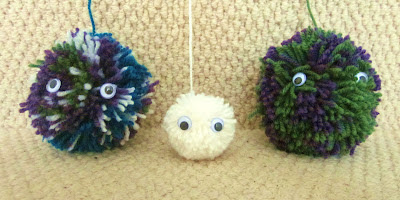