A browse around the baubles 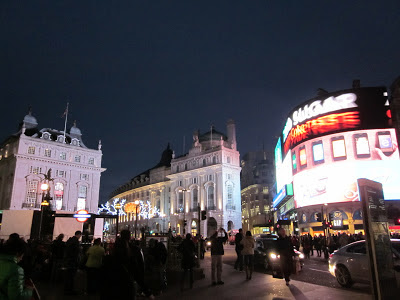 On Saturday afternoon we joined the crowds and headed to the West End; we thought it might be a good opportunity to show our children the Christmas lights and seasonal window displays of the posh shops before the December crush. With darkness descending around four o'clock, our timing couldn't have been better - Regent Street was positively twinkling as we emerged from Piccadilly Circus tube station, and all the shop windows were satisfyingly sparkly with festive decoration. 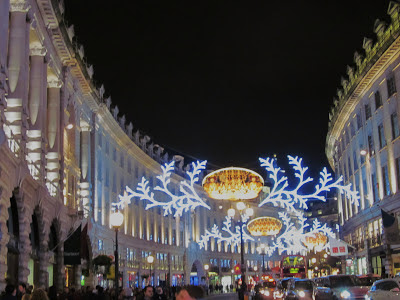 We paused outside Fortnum and Mason for quite a while because its displays told a tale that was familiar to my children - the story of Dick Whittington. They loved reading us the little text boards at the bottom of each display and they gazed in at the store's theatrical interpretation of each part of the story. Meanwhile my husband and I facetiously exchanged quiet quips about poor Dick having to survive on port and cheese, and perfume and silk ties, or whatever luxury good was also displayed within the scene. Hilarious, we thought. Our comedy was largely ignored by the children though, whose little noses were, by now, pressed up against the windows-of-wonder like two Victorian urchins. They asked if we might go inside and, with some trepidation, we agreed. 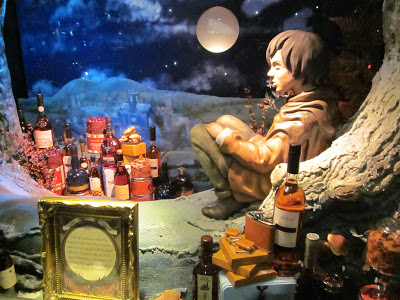 Now, we certainly didn't need to buy anything; we were there purely to browse. But as soon as we entered through its highly polished wooden and brass-fitted doors, I think gawp might be a more accurate way of putting what we did. It was like being inside Willy Wonka's chocolate factory. 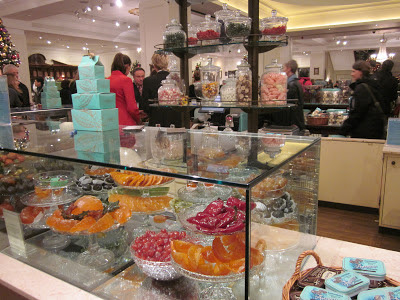 Did you know they have golden shopping baskets in Fortnum and Mason? As we moved to the first floor we grabbed a couple of them - not to put potential purchases in you understand, but to store our now redundant and very bulky coats. This was one of our better ideas, because we would need to be as streamlined as possible. We had entered *gulps* - the Christmas decoration department. This, like the confectionery on display downstairs, had the feel of a fairytale factory - not of Willa Wonka, but rather that of Benjamin Bauble perhaps, inventor of the most decadent decorations ever. 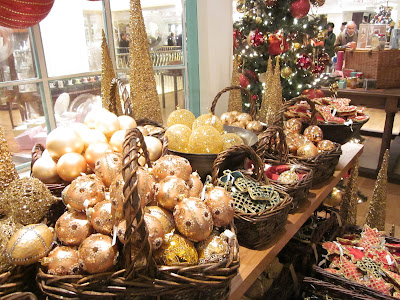 It was quiet in here though - and I noticed the lack of children almost immediately. Our initial delight at being in amongst the jewels and crystals of a classy Christmas started to diminish, as above the festive tunes tinkling optimistically in the background, we began to notice an altogether different sort of tinkling sound. More frequently than you'd hope, we could hear the unmistakable shatter and crash of a bauble, of preposterous delicacy, being dropped. Of course every time I heard this, I spun round - carefully, so as not to knock anything off a table or shelf - to see if it was one of us who'd been the latest culprit of bauble-breakage. My throat was beginning to tighten - and I felt myself beginning to sweat. This was a terrible mistake - why were we here? This couldn't end well. My children are good and careful, but if grown-ups were breaking these fragile fancies left, right and centre - what chance of avoiding this cruel fate did my two kids have?

Well, there is a happy ending to this story, you'll be pleased to hear. And it came down to the fortuitous finding of Dick Whittington. And the fact that my children are bookworms. For the briefest moment I lost sight of Bud and Daisy so, only in a mild panic, did I begin looking for them -  hoping for the best, but fearing the worst. I eventually found them, safe and well, settled under one of the display tables. And they were fully occupied; totally oblivious to the luxury items around them, and the posh perfumed ladies swishing past. They had each found the only book available in the department - Dick Whittington, of course - and had, rather wonderfully, decided that reading a story to themselves was far more appealing than bauble-gazing or indeed, grabbing. And there they stayed for a good fifteen minutes - in quiet, literary bliss - while us grown-ups, very nearly, enjoyed a more relaxed browse around the baubles. And we didn't break a thing. Phew. 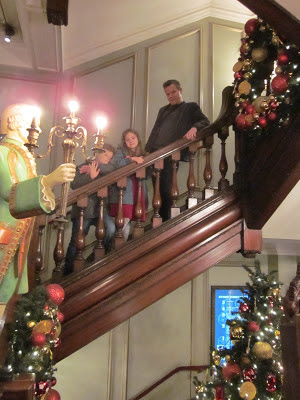