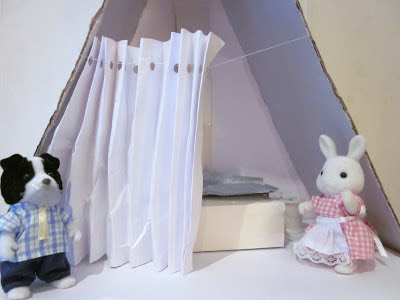 In our house the arrival of a cardboard box equals an opportunity to get creative; a large cardboard box has even more potential. So today I set up an invitation to create for the children - a big box, some card, some tape and scissors, and our box of fancy scrap paper. 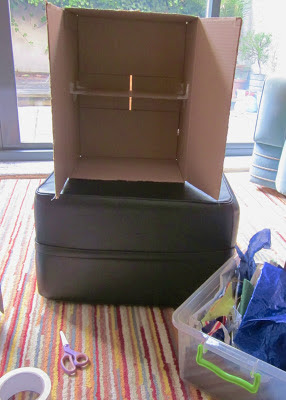 I felt like making a dolls' house but when my daughter came home, nose in a book, she was quite clear on the box's destiny. She decided we would make it into a hospital for the main character of the story she was reading - Babette Cole's Dr Dog. 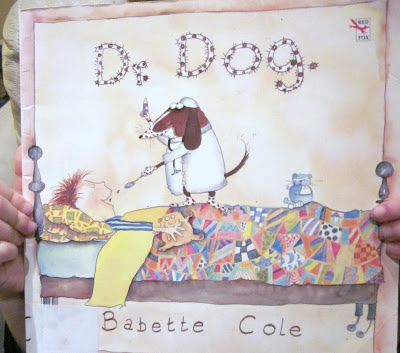 And that's how we came to make our box into a hospital for children. I was instructed to make it as white as possible - because that's how hospitals are, apparently. My job was to cover as much of it as I could in white paper. Meanwhile Daisy wanted the hospital to have an operating theatre, necessitating a curtain - so she concertina-folded a piece of paper, we punched holes in the top, threaded through some cotton and then secured the ends of the cotton to the walls with a little sticky tape. Then we made beds for the ward, and a playroom for those children who were well enough to be up and about, or who were waiting to see the doctor. 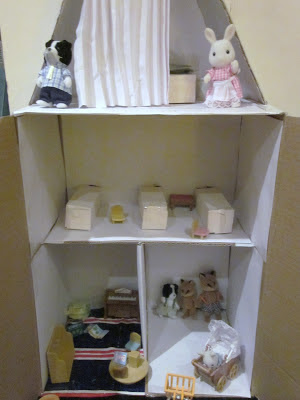 I love how Doctor Dog got a surgical mask, and how Daisy put everyone in the hospital to bed before she went up to hers - even the rabbit family, whose children just needed eye tests. They were all happy to stay overnight so they could collect the bunnies' glasses in the morning; what a hospitable hospital. 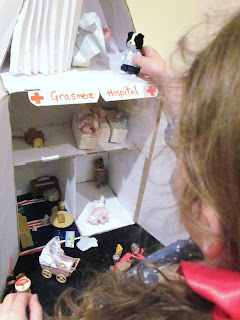 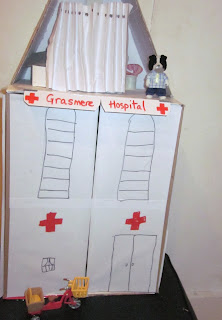