A pirate's life for me 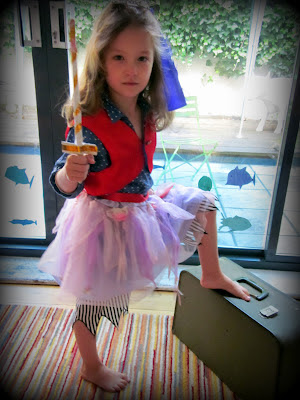 It's hard for me to believe, but my baby girl is going to be six on Sunday. To celebrate her birthday this year she became Dangerous Daisy for the day, and had an Adventure at Sea party. There was a fair bit of preparation required, as you can see in the pictures below. 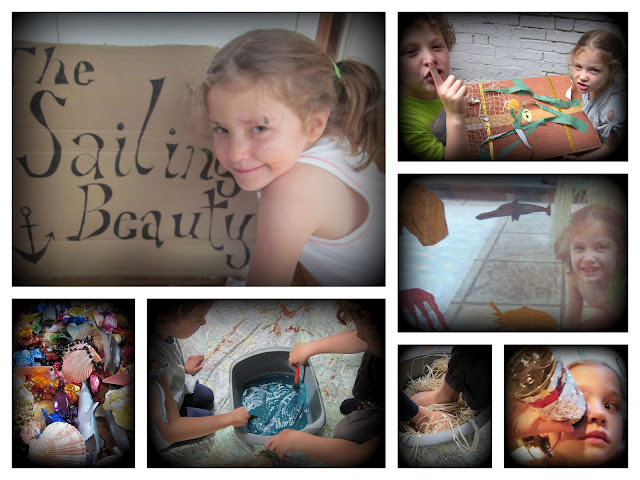 With Daisy in charge of proceedings we:

We were incredibly lucky with the weather - the party took place on the only bright day of the week - allowing us to make full use of our outside space, and to have the most glorious swashbuckling, treasure-seeking, sea monster-encountering, deep-sea-diving, mystery-solving and hearty pirate party. Ever. 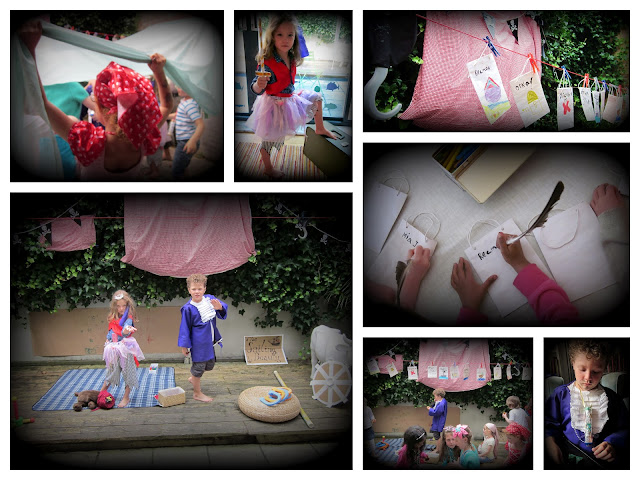 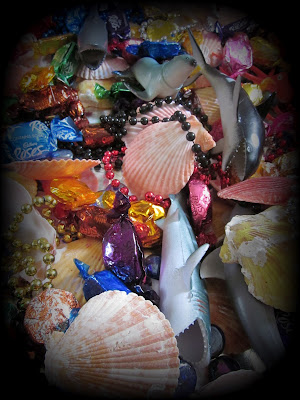 What an adventure!
Posted by Julia Deering at 01:35